In 1926 a small number of primary agricultural cooperatives founded the Union of Agricultural Cooperatives of Naxos (E.A.S. Naxos), aiming at servicing their members and making cheese from small quantities of milk.

Over the years the island’s agricultural cooperatives were increased to 32 (with 3.654 farmers and stock-breeders as natural members), while at the same time E.A.S. Naxos saw an increase to its activities. In 1955 some of the farmers and stock-breeders wanted to make their own cheese because milk production was increasing due to the rapid development of cattle farming; so, they started gathering their milk, while E.A.S. Naxos provided them with the know-how. Thus the, famous in our days, GRAVIERA NAXOU (NAXOS GRAVIERA), emerged, becoming one of the two most important products of our island in the years that followed. The product won the consumers and the production was growing, so E.A.S. Naxos decided (in 1996) to certify Naxos Graviera as a product of Protected Designation of Origin (P.D.O).

In the meanwhile, E.A.S. Naxos invested large amounts of money and built a modern Milk Processing Plant, but it did not stop there; it invested on the other important product of our island, the Patata Naxou (Naxos Potato), as well and, by spending funds of its own, built a modern Potato Packing Plant. In addition to these, some years ago E.A.S Naxos went on to certify Naxos Potato as a product of Protected Geographical Indication (P.G.I).

Today, E.A.S. Naxos has become a driving force for the agricultural world and the economy of Naxos in general, continuing to focus on quality and traditional values and to function seamlessly in order to serve its members.

In 2014 E.A.S. Naxos was converted into an Agricultural Corporate Partnership – Share Company, relying on 12 Primary Agricultural Cooperatives, which are the company’s Shareholders. At this moment, E.A.S. Naxos employs 135 persons as permanent staff and about 40 persons as seasonal workers, while it is managed by a 5-member, 5-years-of-term Board of Directors, which is in charge since the 1st of January 2015. Moreover, E.A.S. Naxos functions a big network to distribute its products to Naxos and the nearby islands (Small Cyclades, Paros, Santorini and Mykonos).

Also, as the years passed by E.A.S. Naxos came to earn many distinctions and prizes, the most important of which were the GOLDEN TASTE AWARD in Greece and the two Stars at the Superior Taste Award contest of the International Taste & Quality Institute (iTQi) (2015, 2016, 2018).

Finally, apart from its commercial activities, E.A.S. Naxos has shown corporate social responsibility too in many cases.

The annual production of E.A.S. Naxos

The farmers and stock-breeders who are members of E.A.S. Naxos are breeding approximately 3,000 cows, 4,000 bovines for fattening and 80-100,000 sheep and goats, while they distribute their products through the Union and take from it all the raw materials they need. Also, E.A.S. Naxos’s annual potato production (spring-autumn) reaches the amount of 3,2 tons. 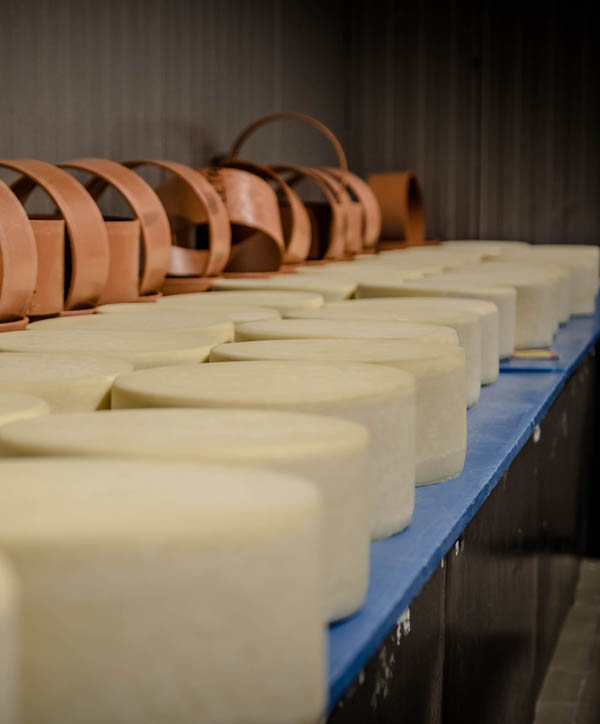 Union of Agricultural Cooperatives of Naxos

Find us on the map